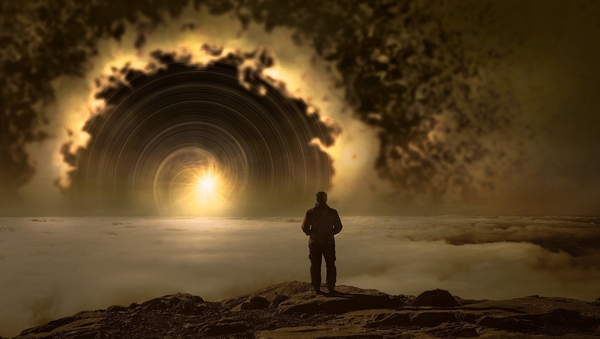 One of the incidents in the Bible most closely linked with Peter is his denial of Christ in the High Priest's courtyard just before the crucifixion. Eric Auerbach (Mimesis 1953) writes of this event from a literary perspective:

A tragic figure from such a background, a hero of such weakness, who yet derives the highest force from his weakness, such a to and fro of the pendulum, is incompatible with the sublime style of classical antique literature. But the nature and scene of the conflict also fall entirely outside the domain of classical antiquity. Viewed superficially, the thing is a police action and its consequences; it takes place entirely among everyday men and women of the common people; anything of the sort could be thought of in antique terms only as farce or comedy. Yet why is it neither of these? Why does it arouse in us the most serious and most significant sympathy? Because it portrays something which neither the poets nor the historians of antiquity ever set out to portray: the birth of a spiritual movement in the depths of the common people, from within the everyday occurrences of contemporary life, which thus assumes an importance it could never have assumed in antique literature.
*
The annual Week of Prayer for Christian Unity includes the feast of the Conversion of St. Paul on 25th January. The community of Taizé in France has been at the forefront of the ecumenical movement in recent years and is particularly known for its worship materials and music. Brother Roger (now gone to glory) wrote this in his annual letter in 2003, which speaks appositely and prophetically to us at present.


All across the world, many among the younger generations are searching and asking themselves: is there any hope for our future? How can we go from worry to confident trust? Our societies are sometimes shaken to their foundations. There is the uncertain future of humanity, with poverty constantly on the rise. There is the suffering of so many children, and all the broken relationships that leave hearts wounded. And yet, even in the world's most troubled situations, do we not see on the horizon signs of an undeniable hope? In order to go forward, it is good to know this: the Gospel offers such a shining hope that it can bring joy to our soul. This hope is a path of light that opens up in our depths. Without it, all delight in living could vanish. Where is the source of this hope? It is in God, a God who simply loves and can do nothing else, a God who never stops seeking us. ... In simple prayer, many people understand one day that God is calling them. What is God's call? God wants us to prepare ourselves to be bearers of joy and peace. Will we listen to God when his words ring out in us: "Don't stop; keep going forward; let your soul live!" Then we may realize that we have been created to head towards something infinite, something absolute. And we can make this discovery: it is sometimes in demanding situations that human beings become most fully themselves.